On Monday, nearly 200 people chanted and sang as we marched fired UPMC workers Frank Lavelle and Ron Oakes to Presbyterian Hospital for their first day back at work. Frank and Ron were fired after they started forming their union at our region’s largest employer.

Join Frank, Ron and all the other UPMC workers standing up for middle-class jobs by asking your friends to sign on to our Code of Conduct for a Strong and Healthy Pittsburgh.

Even after they lost their jobs, Frank and Ron did not back down. Together with their co-workers and the support of the community, workers took UPMC to Labor Board and won a historic settlement of over 80 alleged violations of workers’ rights. They showed us all that UPMC can be held accountable.

While Frank and Ron are standing up for a stronger, healthier Pittsburgh inside UPMC, we’ve been all over Pittsburgh building a movement to make UPMC really act like a charity.

Be part of the movement by sharing the Code of Conduct with your friends today.

We’re standing together to make sure UPMC puts the strength and health of our community first by guaranteeing equal access to our community’s healthcare institutions, paying it’s fair share to support public services, respecting employees’ rights and supporting good middle class jobs for all working people and promoting the health of our whole community.

Show your support for Frank and Ron and a Pittsburgh where we all share in the prosperity of our largest and wealthiest tax-exempt charity by telling others about the Code of Conduct for a Stronger, Healthier Pittsburgh. 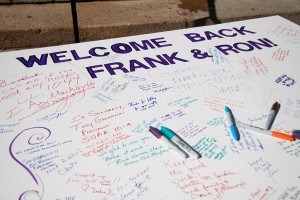 Welcome Back Frank and Ron! 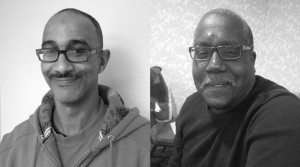 Join us Monday in marching fired UPMC workers Frank Lavelle and Ron Oakes back to work after winning their jobs back in a historic settlement of workers’ rights charges against UPMC.

Show Frank and Ron and all the workers at UPMC that we have their back by joining them for the march on Monday. 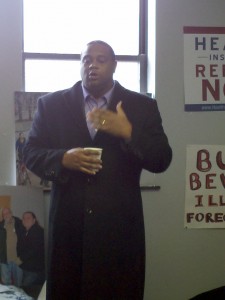 Following our successful canvass earlier this month on Pittsburgh’s South Side, we signed up hundreds more supporters in East Liberty on Saturday to hold $10 billion UPMC accountable to its workers and the community.

“It hasn’t been easy, and I know a lot of people in Pittsburgh think UPMC is too big and too powerful for us to make it act like we all know it should,” CJ Patterson, East Liberty resident and GI technician at UPMC Presbyterian, told the crowd before the canvass.

“But I’m here to tell you that together, we are too big and too powerful for UPMC to not act like it should.  It’s going to take hard work but I know we can do it together.”

Sate Rep. Ed Gainey, D- 24th, also joined canvassers on Saturday and asked workers and the community to stand up for a living wage and for UPMC to pay its fair share.

We asked those questions and the community answered loud and clear – it’s time to hold UPMC accountable. Let’s keep building the movement to make UPMC act like a real charity. Together, we can Make It Our UPMC.

Following our community canvass success in South Side Pittsburgh on Feb. 2, we are again taking our movement to city neighborhoods. Join us Saturday, Feb. 16, in East Liberty to make UPMC act like a real charity.

Last month Pittsburghers joined together to deliver our Code of Conduct for a Strong, Healthy Pittsburgh to our elected representatives and urged them to join us in holding UPMC accountable to the needs of our community.

We asked, does a real charitable hospital…

We will provide hot drinks and lunch, but come dressed for the weather. 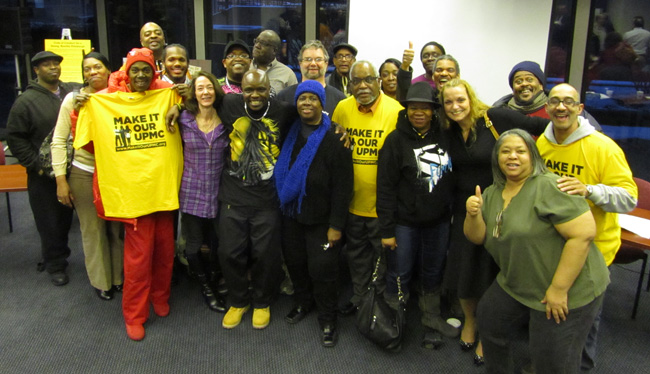 UPMC workers have stood up to Pittsburgh’s goliath and proved that UPMC is not above the law.

Facing the prospect of a trial over 80 separate alleged violations of labor law committed by 59 different UPMC managers and executives, UPMC has settled charges workers brought to the National Labor Relations Board (NLRB) last year.

UPMC’s settlement with the NLRB is a victory for the workers who are bravely standing up for middle class jobs from the region’s largest employer – a “non-profit” corporation that has $4 billion in the bank – showing their entire community that UPMC can be held accountable.

END_OF_DOCUMENT_TOKEN_TO_BE_REPLACED

Saturday morning was cold and snowy, but after hearing from City Councilman Daniel Lavelle, Braddock community activist Pam Lee, and UPMC worker Christoria Hughes, Make It Our UPMC supporters were fired up and ready to go. 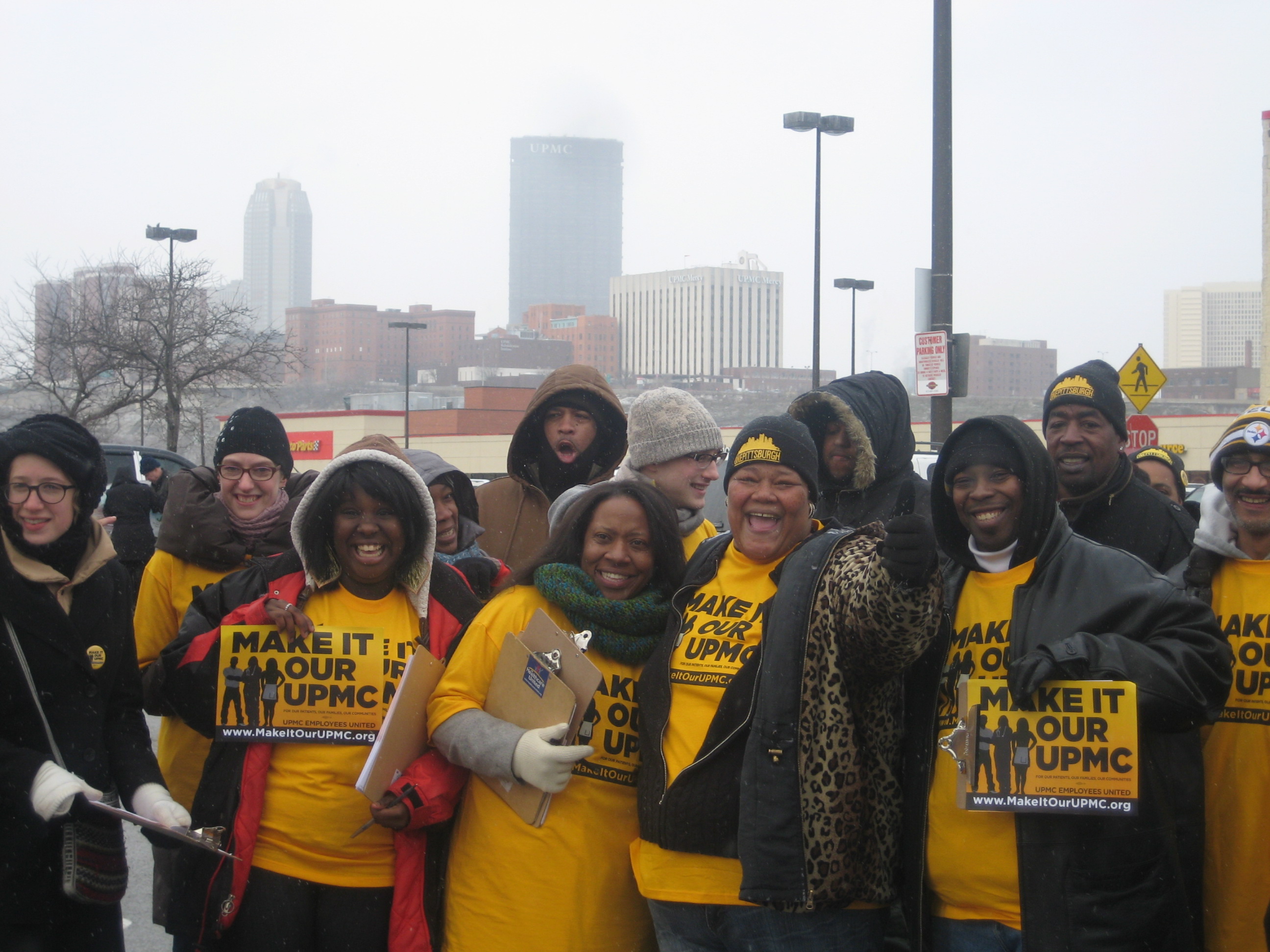 Make It Our UPMC supporters gathered on Feb. 2, 2013 for a community canvass in Southside Pittsburgh to tell the public that UPMC needs to act like a real nonprofit charity.

Against the backdrop of UPMC’s logo at the top of the US Steel tower, Make It Our UPMC canvassers fanned out across the South Side to sign up hundreds more Pittsburghers to help hold UPMC accountable to our community’s needs.  Make It Our UPMC supporters last month marched through downtown Pittsburgh and delivered the Code of Conduct for a Strong, Healthy Pittsburgh  to UPMC, Mayor Luke Ravenstahl and County Executive Rich Fitzgerald,urging them to stand with us in making UPMC put our city before corporate profits.

We took those questions to our neighbors and they answered loud and clear – it’s time to hold UPMC accountable. Let’s keep building the movement to make UPMC act like a real charity. Join us as we go out again to talk to our neighbors and friends on Saturday Feb. 16 when we’ll be going to East Liberty. Stay tuned to the Make It Our UPMC facebook page for updates.

Together, we can Make It Our UPMC.