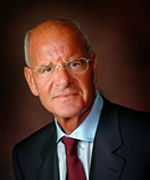 2012 was a good year for UPMC’s top brass. UPMC CEO Jeffrey Romoff got a $90,000 raise, making Romoff one of the most highly compensated not-for-profit hospital CEOs in America. His total compensation at the health system tops $6 million, nearly two and a half times the CEO compensation of the Cleveland Clinic, next highest grossing nonprofit health system in the US.

UPMC’s millionaire’s club welcomed some new members too jumping from  22 top earners at UPMC receiving packages at or above $1 million in 2011 to 27 today while thousands of UPMC frontline workers struggled to make it on poverty wages – some even having to rely on public assistance to make ends meet.  According to data from the state Department of Public Welfare, UPMC has the third-highest number of full-time workers on Medicaid assistance in Pennsylvania, just behind Wal-Mart and McDonalds.

The $47.5 million in compensation paid to executives making more than $1 million a year represents 49 percent – nearly half! – of the $96.2 million the hospital system claims to have spent on charity care.

Even under UPMC’s convoluted definition of what it claims to be “charity care,” UPMC spends less than 2 percent of net patient revenue on charity care, and charges the highest rates among Pittsburgh hospitals for many routine treatments.  Yet the hospital giant continues to make millionaires of those at the top.

Lavish executive pay and highest prices in the city for treatment while spending little on charity care: is that how our region’s biggest employer and health care provider, a designated nonprofit “purely public charity” should act?

Look below to see who’s making millions at UPMC.

CBS This Morning aired a segment—which puts Pittsburgh’s recent challenge to UPMC’s charitable status at the center of the growing movement to hold major nonprofits accountable. The piece points out that though UPMC, an international healthcare conglomerate with nearly $1 billion in profits, devotes only 2% of its budget to charity care, it receives millions in tax breaks each year as a result of its charity status. 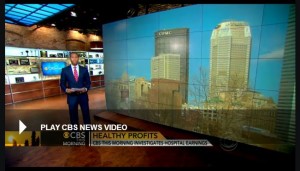 The segment notes that UPMC ‘s  CEO makes $6 Million a year, more than any other not-for-profit hospital that CBS found in its public records search CBS reporter Terrell Brown also describes how non-profit hospitals are acting like Fortune 500 companies and driving up health care costs in our country.

Join us in holding UPMC accountable to our city.

Together We Can Make It Our UPMC