As our city’s largest public charity, UPMC should be focusing on providing affordable, quality care to area residents.  Instead it has brokered a deal that will cut off thousands from their community hospitals and doctors. Patients know they deserve nothing less than in-network access to the hospitals they helped build, and they are speaking out: 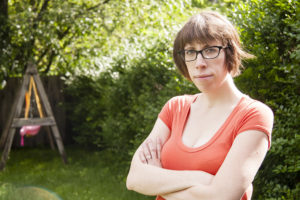 “UPMC has a monopoly on an entire city and its people. There is no regard for the trusted relationships individuals have with their doctors. UPMC is in the business of healthcare, but care is something the institution doesn’t seem to have for their patients.”
Casey Swartz
“As a student of the University of Pittsburgh,  I never thought I would  have to worry about going to the hospital that shares a name with my university. A few months ago I broke my ankle, and when I tried to get  an appointment for my cast, I was turned away from UPMC for having the wrong insurance. In January, possibly thousands of students who live in the shadows of UPMC hospitals could be denied care. The only solution is a contract that guarantees affordable in-network access to all area hospitals and doctors.  It is imperative that we have choice and that a non-profit hospital lives up to that association.”
Alaina Smith
University of Pittsburgh Student 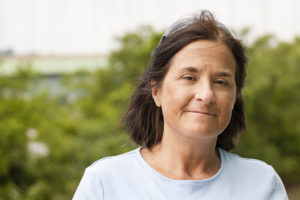 “My husband and I have serious, chronic conditions that will require lifetime treatment with specialists. We are insured through my employer with an out-of-state Blue Cross Blue Shield plan that is administered locally by Highmark. We are already struggling to make ends meet. If we lose in-network access to our UPMC doctors, it will have a terrible domino effect on my family. I don’t see how the UPMC Board can sleep at night.”
Angela Vennare-Klein
“Myself and my husband have HIghmark insurance and live in Gibsonia PA. We are extremely concerned about what’s going to happen next year when the UPMC and Highmark contract ends. We’ve both been deliberately scheduling in medical procedures this
year rather than face the uncertainty of exhorberant medical costs next year. For example I had a colonoscopy, and my husband needed several halo procedures. It’s just plain wrong that we should be having to consider spending our hard earned retirement money on our healthcare needs should we happen to be out of network come January. I have good insurance, and should not have to change physicians and I should be able to choose my own facilities.”
B Morrow
UPMC Registered Nurse 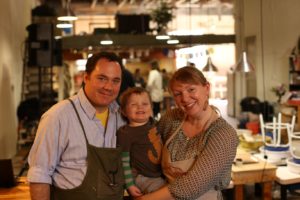 “After four years as a patient at Magee, I was turned away from care on one of the scariest days of my life, just because I had the ‘wrong’ insurance card. I have a history of high-risk pregnancies and I needed immediate bloodwork to determine the safety of my baby. They wouldn’t even let me pay in cash. At a very vulnerable moment, I felt betrayed by the hospital system I put my trust in.”
Aasta Deth

“Over the years I’ve helped UPMC with their research being involved in clinical trials. I then got referred to and chose UPMC doctors for my care. I’ve been seeing these doctors for nearly eight years but I have Highmark through my job. I don’t want to be forced to switch doctors. I think UPMC refusing to renew a contract with Highmark is wrong because it will affect millions of people like me that rely on them for their health.”
Kenneth Hutchinson Jr