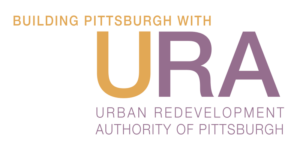 Earlier this month, the Urban Redevelopment Authority (URA), the agency that oversees economic development for our city, heard from residents, patients and workers about the need to hold UPMC accountable before investing more public money in its business.
Georgeanne Koehler, a former employee of Western Psychiatric Institute and Clinic, told members of the URA board: “I think it’s great that UPMC wants to build a neonatal intensive care unit because it will save lives. [But] this is about a community that has given millions and millions to UPMC. And in return, UPMC closes the door on those of us who want to see our longstanding doctor, it pays workers wages that hold our entire economy back and it fires workers when they speak up about improving jobs.”
Georgeanne was joined by UPMC workers, Reverend Rodney Lyde, and others from the community.
Leaders of the URA heard us.
In an unprecedented move, members of the Board decided to send a letter to UPMC expressing their concerns [link] about how UPMC treats people in our communities and calling on the healthcare institution to do more to “address these financial and moral issues in a responsible manner.”
The letter reads:

Faced with the growing calls for change, UPMC is on notice that it can’t continue business as usual. When Pittsburghers stand together and stand up to UPMC – just as we need before the URA board last week — we are making changes that strengthen our city.
We are Making it Our UPMC.