UPMC has been called an “empire”, and with good reason. By buying those hospitals that it can and attempting to drive out of business those that it can’t, UPMC is creating a healthcare monopoly that drives up healthcare costs for all of us. UPMC’s predatory behavior distorts real estate markets, making it hard for homeowners to buy and sell their homes. And its growing tax exemptions leave the rest of us footing more of the bill for buses, schools and policing our communities. 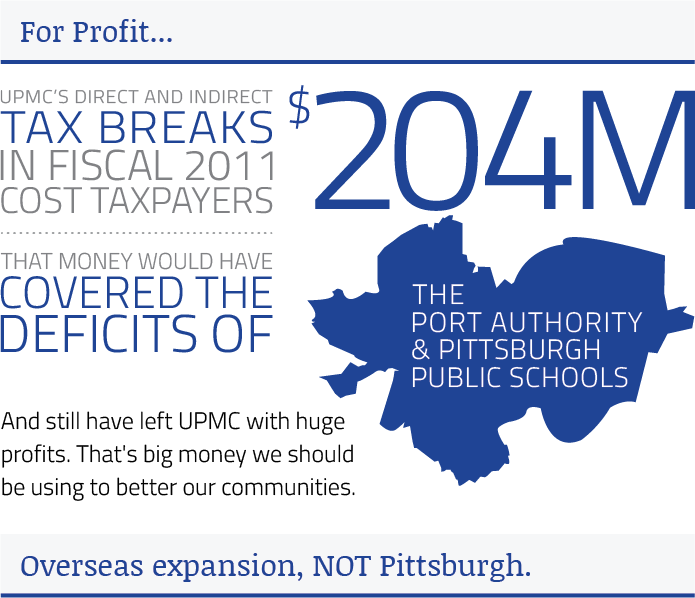