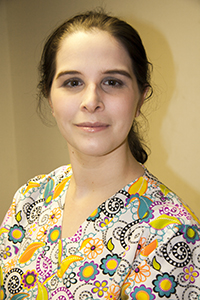 Veronica is fasting because she believes that UPMC can do better by their employees and the entire city.

The sixth day of the Fast for Our Future brought a real outpouring of encouragement and support for the brave fasters. The companionship and solidarity of those who have sat with, cared for, or sent messages to the fasters have helped them to stay strong through their journey. Among today’s supporters were State Rep. Erin Molchaney, Unite Here, and labor historians from the Battle of Homestead Foundation.  Fasters were also lifted up by Fred Redmond, International Vice President of the United Steel Workers, who told them that their historic action gave hope to people everywhere, not just at UPMC.

VIDEO: Watch fasters meet with supporters on day six of Fast for Our Future


Veronica Shields, a pharmacy tech at UPMC Mercy, has always wanted to help make people well.  She does that by mixing chemotherapy treatments, IV solutions, and other compounds that are part of many patients’ treatment.
Veronica is fasting because she believes that UPMC can do better by their employees and the entire city. “The fast is a silent but powerful commentary on the dedication of UPMC workers,” Said Veronica “We are building a better tomorrow, not just for ourselves, but for all of Pittsburgh.”
Workers are fasting until 8:30 AM on Friday. To break the fast, faith leaders in the Pennsylvania Interfaith Impact Network will lead a prayer vigil outside the U.S. Steel Tower. Can you join them?

Interfaith vigil marking the end of the Fast for Our Future
Friday, April 18th 8:30 AM
600 Grant St. UPMC Corporate Headquarters
You can RSVP for the event on Facebook – click here
Together, we can Make it Our UPMC